There are many cities in the United States where music is a big deal. Some cities bring us musical legends, new music genres, or just serve as a hub to hold it all. We have searched for the biggest and the best music cities and are highlighting them below. We hope you enjoy what we believe to be the Top 10 Music Cities in the US.

Known as a major center in the US for the creation and performance of music, Detroit is the birthplace of the renowned Motown and has a rich history of music influence that dates back to the 1930’s. Detroit’s theater district is the second largest after New York City with eighteen professional theaters.  A few artists who are connected to the Detroit area are: Aretha Franklin, Stevie Wonder, Gladys Knight & The Pips, Marvin Gaye, Alice Cooper, Bob Seger and many others.

Portland has made its name in the music scene with help of local bands like The Decemberists, The Dandy Warhols, and Floater and houses the second largest blues festival in the country. Although their indie scene is rising you are still able to find all types of music in this city with the help of their colorful past of punk rock, bluegrass, and folk music scenes. Portland has such diverse offerings that any music fan would enjoy.

Although Atlanta is considered to be a hub for hip-hop and R&B it also has representations of classical and country and has quite a growing indie scene. Between the 20’s and the 50’s the city was a major center for country music, and it wasn’t until the 80’s and 90’s when hip-hop really started to grow. In 2009 Atlanta was called hip-hop’s center of gravity and is home to many hip-hop, R&B and Neo Soul musicians. Some of the local artists are: Big Boi, D4L, The Lumberjacks, and RaSheeda. 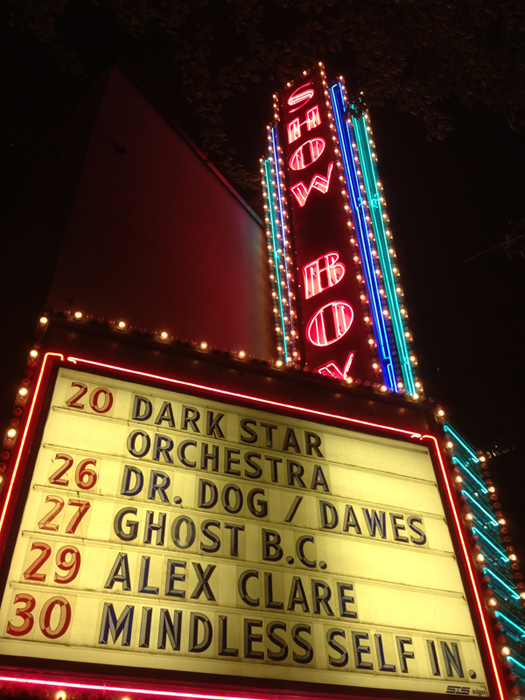 In the last 20 years Seattle’s hip-hop and indie scenes have grown immensely. Even though grunge music is still found in Seattle, Sub Pop Records (which was founded during Seattle’s grunge period) has signed many well known indie bands and artists such as Modest Mouse, Fleet Foxes, Death Cab for Cutie, and The Postal Service; maintaining Seattle’s strong presence in the music scene. Macklemore, a well known hip-hop artist throughout the United States hails from Seattle. Full of rich music history, LA is one of the most memorable music cities in the United States. It is the home of Capitol Records, A&M Records and Rhino Records (the music side of The Warner Brothers Co). With a rise of indie music, LA has musicians like Autolux that shape the scene and bring in more progressive artists like Carla Bozulich and Mellowdrone. In the late 2000 to 2010’s electronic music became popular with dubstep, house music and drum and bass, which shapes LA’s music scene now. For many years Chicago has been known for its blues with a large variety of instruments and it’s use of more than just the six-note blues scale, which gives the blues genre a more jazz feel. This music helped develop modern Chicago Jazz,  early rock and roll, and the electronic dance music that is unique to Chicago today. Since the late 90’s Chicago has become a considerable force in the heavy metal scene with bands like: Disturbed, Macabre, Dance Club Massacre, and Veil of Maya.

New York is a melting pot for all types of music, because of the diverse culture of people living in the city it is the birthplace of hip-hop, doo wop, disco, punk rock, and new wave. Salsa music was also started here from a mix of Cuban, Puerto Rican and Dominican influences. The types of music in New York are as varied as the people who live there – such as Cyndi Lauper, Lady Gaga, and Art Garfunkel – and yet has become such a major part of the music industry in the United States.

As the birthplace for Jazz, it is no surprise that New Orleans is high on this list. When musicians in the late 1910’s had music much different from the popular ragtime music they needed a new name to differentiate themselves from the others, that name was Jazz. After a while, artists like Fats Domino, The Dixie Cups, and James Booker helped bring about rhythm & blues, which was what helped shape the rock and roll that was soon to come.

Music festivals such as South by Southwest, Fun Fun Fun Fest, and Austin City Limits take over Austin in the spring and summer and although there are many festivals during this time, Austin is not only known for them. Several neighborhoods and districts such as 6th street and the Red River District give you more than what you would expect for their live music venues. There are over one hundred venues that come to life every night, some of them including grocery stores and City Hall.

Whenever you think of Nashville or ‘Music City USA’ you can’t help but think of music, it is the heart and soul of the city after all. Even though its most well-known genre is country, you can find almost any genre in Nashville. It has a vibrant music scene that spans over a variety of genres like country, indie, rock, and metalcore, which are growing in popularity. Some of the most famous venues in Nashville are the Grand Ole Opry House and the Ryman Auditorium.

Of course, there are many great cities in the United States that have thriving music scenes that were not highlighted above and we want to hear which ones might be your favorites. Keep an eye out for more top 10’s and Best of Entertainment in the future.